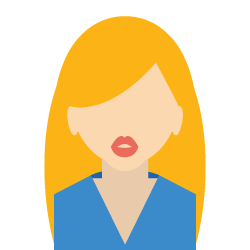 Thrush, which is referred to medically as candidiasis, is an infection caused by a yeast fungus known as candida albicans – this is why thrush is often referred to as a yeast infection. Candida albicans actually lives on the body under normal conditions without a problem, but infections can occur due to several causes. This is more likely to occur in girls, to the extent that many men do not even know they can develop thrush, but males can develop the condition too, and it isn't something you should ignore. Here's a quick overview of everything you need to know.

While being a man puts you at a reduced risk of developing thrush, there are several conditions that can make the infection more likely to occur. If you have HIV, diabetes, or are overweight, thrush is more likely.

Thrush may also occur as a result of poor hygiene. If you don't regularly wash your genitals or tend not to dry yourself properly after washing, infection can occur. Wearing the same clothes, especially tight-fitting gym shorts, can also make it easier for the fungus to gain a foothold.

One of the most worrying things about thrush in men is that the symptoms may appear similar to those associated with STIs, including herpes and gonorrhoea. These symptoms include the following:

If you develop these symptoms, it is best to see a doctor.

The most well-known anti-fungal creams tend to be aimed at women since they are more likely to develop thrush. However, these products usually come with special applicators that men will not need. You can instead use a standard anti-fungal that might otherwise be used for treating a condition such as athlete's foot. Just ask your pharmacist for assistance.

You should also wash your penis regularly, avoiding any perfumed gels or soaps, and try to wear loose fitting cotton underwear. While thrush is not technically an STI, it can be passed on during intercourse, so make sure you wear a condom when you're with your partner.